Home|Noticias|Maritime traffic, its functions and dependability

Maritime traffic refers to any type of freight transport operation carried out by sea or inland waterway. It is the most cost-effective, safe and efficient way to transport goods anywhere on the planet. According to the IMO, maritime transport moves cargo equivalent to more than 90% of world trade.

Over the years, this type of transport has become the most widely used for importing and exporting goods. In fact, it has evolved significantly, from 102 million tonnes transported in the 1980s to 2 billion tonnes today. But how does maritime transport work? How does it work?

Maritime transport is governed by unified international laws, rather than national laws to avoid conflict. In turn, it follows a series of steps that must be complied with in order to avoid any kind of problem affecting the movement of the cargo from its origin to its destination.

The first step has to do with the cargo as it must be ready to be shipped with the confirmation of booking and coordination of collection in terms of date, time, and place and load reference.

After this, the goods are collected and will be grouped together in the consolidating warehouse with other goods headed for the same destination and will share space in a container. When the goods are loaded, a seal is placed on the bill of lading, which will be used to determine whether the goods have been interfered with during the journey.

When the goods arrive at the port, the export clearance, and the shipping instructions and if it is a container, the weight can be reported or the gross mass can be verified. Prior to the ship’s departure, the instructions and customs formalities must be completed 48 hours in advance.

The vessel departs, and the line sends the bill of lading with the departure date and starts the transport from port of origin to port of arrival. Sometimes, not all containers go directly to their destination and go via other ports.

The receiver of the goods will receive all the documentation. The shipping company will contact them with the notice of arrival informing them of the expected date of import and will provide the clearance data necessary for the importation of the goods.

The last step is when the import clearance is available, and the customs duties and VAT have been settled. The importer can then arrange delivery of his goods to his premises. 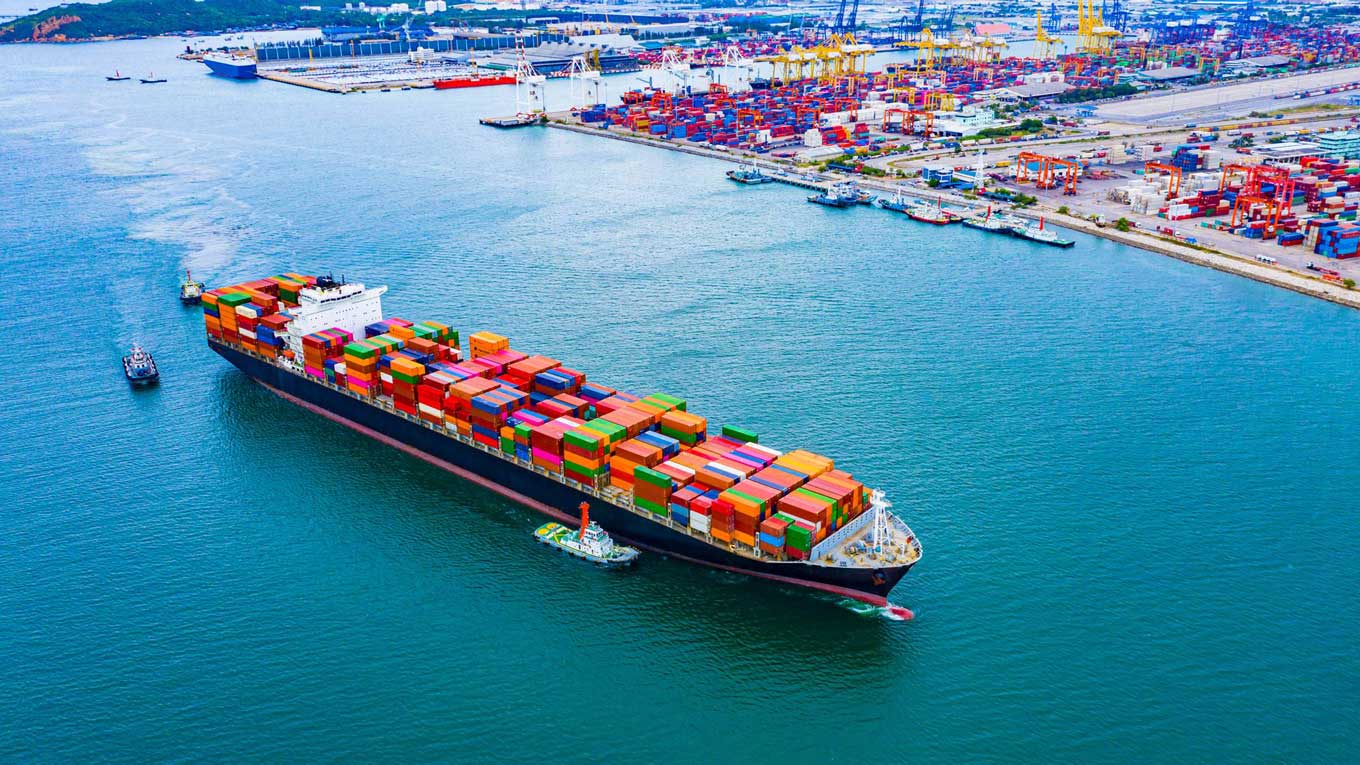 The most important ports in the world are located in Asia, specifically in China. Examples of these are Shanghai and Hong Kong. In Europe Rotterdam, Antwerp and Hamburg are amongst the most important together with Algeciras and Valencia in Spain. In North America the ports of Los Angeles, New York and Savannah are the busiest.

But if we talk about Africa, the situation is different. It is one of the continents with the worst record as far as ports are concerned, according to the latest edition of the Review of Maritime Transport. The only ports of note are those of Egypt, Morocco and South Africa, all influenced by their strategic geographical positions.

This situation has led many African governments to start developing large infrastructure to meet this demand and, in this way, generate greater wealth. Although one-third of African countries are landlocked, maritime transport is still their main means of access to world
markets.

This development has meant that ports such as Algeciras or those located in the Canary Islands are a reference point for trade between Spain and the African continent. According to data provided by the Director of Casa África, Luis Padrón, a large percentage of the goods arriving or leaving the Port of Las Palmas come from or go to African territory.

As mentioned earlier, maritime transport moves 90% of world trade. However, it generates so much dependence that it compromises international trade if a problem arises. Such as what happened last March, when the Even Given ran aground in the Suez Canal, Egypt.

The Suez Canal is one of the busiest routes in the world, with many ships cutting up to 10,000 kilometres off their journey by travelling through it. That incident is estimated to have cost international trade between 14 and 15 million dollars for each day of the blockade, leading in turn to higher prices for raw materials and delayed orders.

But you don’t have to go that far to see the heavy dependence of international trade on maritime transport. For months now we have been experiencing one of the biggest crises in this sector due to several factors, the main one being the lack of containers and consequently the inflation of container prices. You can read more about this in our blog.

At Logimarex International we trust in the efficiency, safety and quality of maritime transport. In this way we can always offer the best service to both our customers and our suppliers. If you want to know more about us… 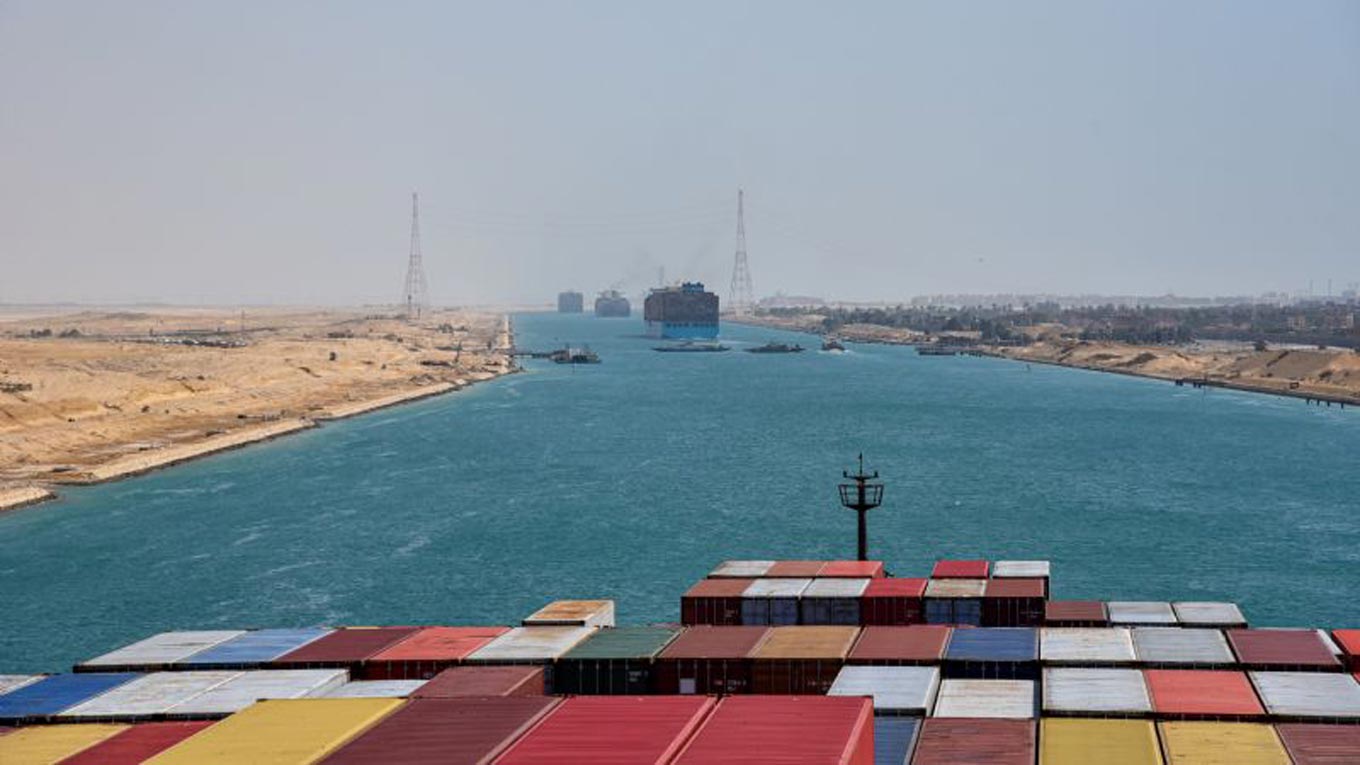 Maritime transport moves cargo equivalent to more than 90% of world trade, according to the International Maritime Organisation

The container crisis and its effects